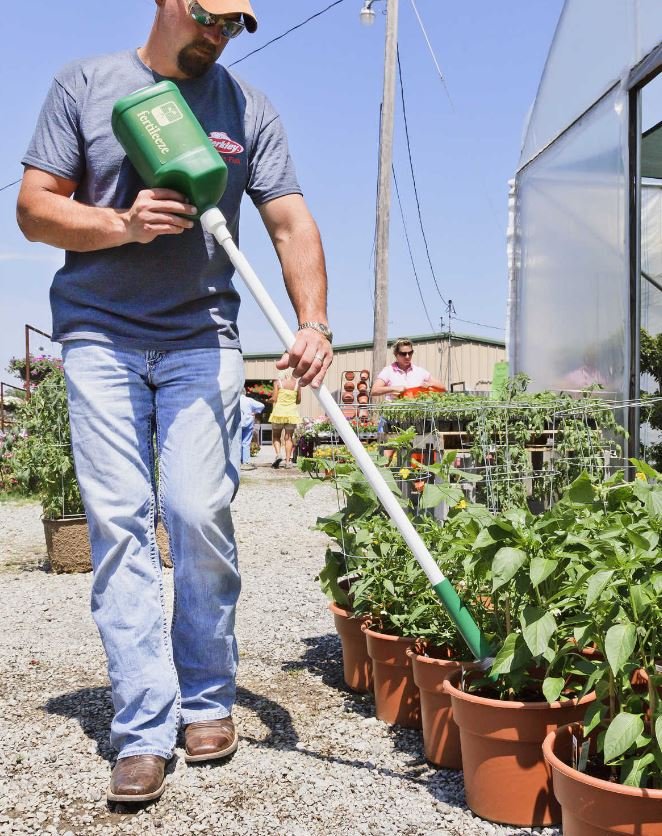 Fertileeze® makes it faster, easier, and more affordable to dispense controlled-release fertilizer to large numbers of container-grown plants. It’s also useful for gardeners and landscapers who find it difficult to get through heavy foliage without losing expensive products. Fertileeze® applies fertilizer from the lower end of a dispenser wand and does so without a delay—unlike other more expensive fertilizer dispensers.

And this dispenser applies fertilizer without cutting or damaging the engineered coating that’s so important to your product’s design.

Our patented Fertileeze fertilizer applicator is designed
to meet your needs as a commercial grower, retail center,
landscaper, backyard nursery. 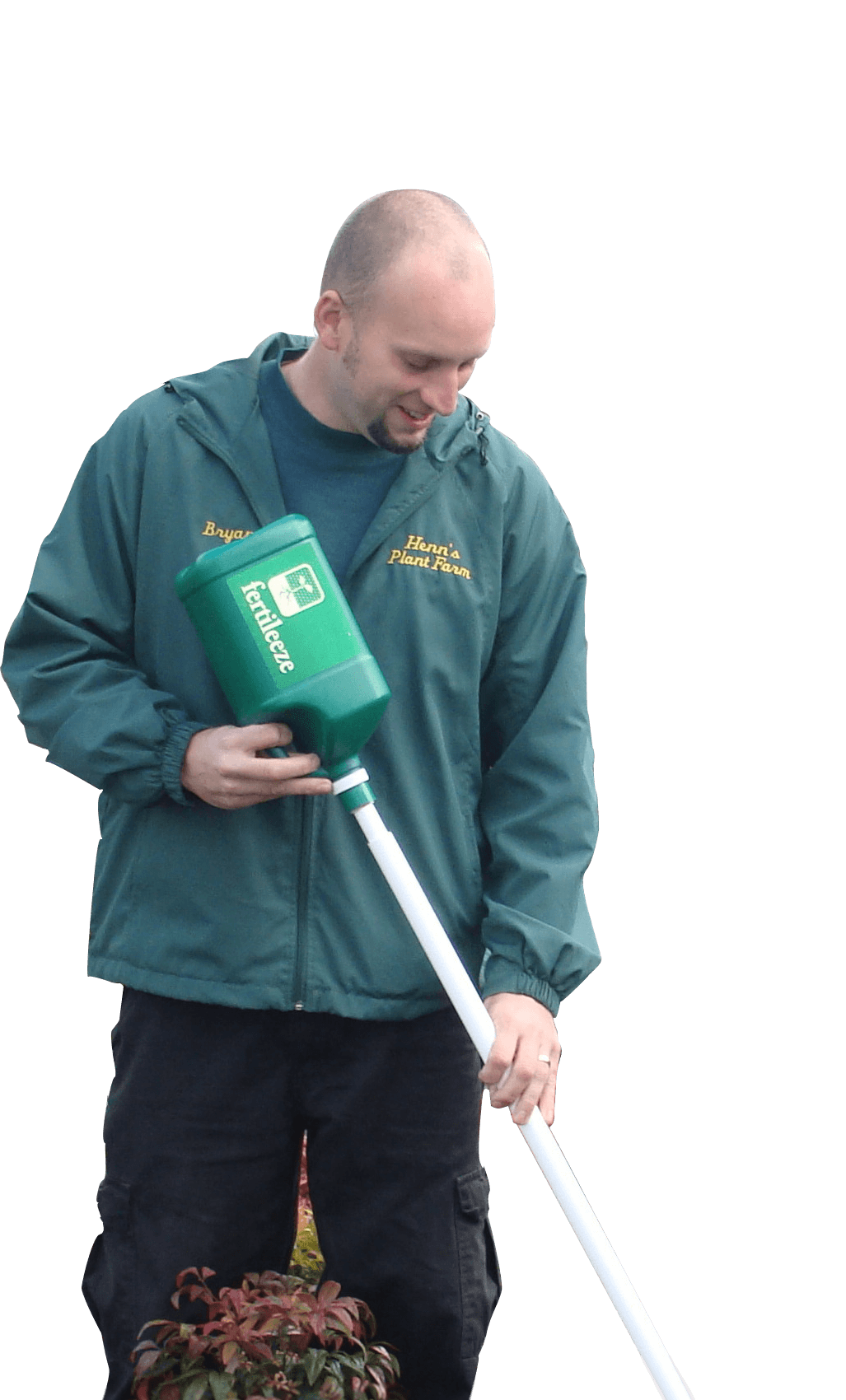 Fertileeze® costs are much less than other fertilizer dispensers thanks to a unique, patented design. If you have a lot of plants to fertilize, you can apply more than 16,000 doses of controlled-release fertilizer in a day, including refill time. That’s more than 500 pounds of fertilizer! If you’re a commercial grower or nursery owner, this fertilizer dispenser will return your investment in just a couple of days.

Many changes have been made over the past six years from listening to growers at trade shows from coast to coast and always keeping cost in mind. This journey has resulted in the least expensive, least attractive looking, but most cost-effective way to fertilize large numbers of plants. It has been sold in ten countries outside the USA and now has a dealer in New Zealand, Fertileeze NZ Ltd, who distributes in Australia and New Zealand.

The patented wand is the key to the Fertileeze success. Most applicators drop the product from a container having a delay. Fertileeze fills the inner wand with material and dispenses from the lower end of the wand instantly. Fertileeze has been used on conveyor applications and can mechanically dispense two shots per second.